Andy Warhol was born in Pittsburgh, Pennsylvania in 1928 to an Eastern European working class immigrant family and grew up in a poor neighborhood with strong ties to Communist-lead activism and union organizing in the 1930-1940s Pittsburgh. It is here that Warhol spent his formative years during the Great Depression, experiencing firsthand the hit of economic downturn on his hometown, family, and friends.

After graduating from high school, Warhol enrolled in the Carnegie Tech, where the majority of his professors, and especially R. L. Lepper and Samuel Rosenberg, were left-wingers of the Social Realist school. Rosenberg helped the young Warhol to remain in Carnegie Tech despite his low grades and R. L. Lepper's exposed Warhol to the doctrine on the social role of art.

However, none of this seems to have contributed to what Warhol has later become. Warhol rejected the environment of the 1930-1940s Pittsburgh, embracing the post-WW2 American individualism and capitalism, repressing in himself the working class culture that surrounded him growing up in Woods Run in the 1930-1940s. And even Warhol's portraits of Lenin and Mao from the 1960s on only emphasize his separation from the culture of Woods Run of 1930-1940s -- a detached and objectifying treatment of Lenin and Mao as celebrities, as any other celebrities in the age of the post-WW2 media machine.

Therefore, on the one hand, the connection between Warhol and the 1930-1940s working class Pittsburgh was violently broken by the currents of post-War American individualism and Warhol's individualism overpowered historical determinism and class conscience. That is, on the one hand Warhol posits himself as a broken link between an individual and her historical context and between subjectivity and history. On the other hand, however, a link between Warhol and his immigrant working class family is historical and tangible as is a link between him and the impoverished neighborhood of his childhood or his left-wing art professor at Carnegie Tech.

The Andy Warhol Project is a collection of documents, which narrate about the Left-wing political, economic, and artistic life in Pittsburgh in the 1930-1940s. It consists of dozens photographs, printouts, PDF files, and books, presented in an archival box. The entries in this archive are not directly linked to Andy Warhol and his name and image never appear in the archive. One will encounter, for example, photos of streets of Woods Run in the 1940s, a government's report on Communist activities in Pittsburgh, images of artworks by Warhol's art professors at Carnegie Tech, etc. This project narrates about the environment of Warhol's formative years, without establishing any direct connections between that environment and Warhol's subjectivity.

The Andy Warhol Project attempts to posit the individual (and her subjectivity) as suspended -- at once within and outside of a given historical context. Therefore, this project posits Warhol as a rapture of historical processes and individual subjectivity, displaying a clash between class consciences and historical determinism on the one hand and individualism -- on the other. 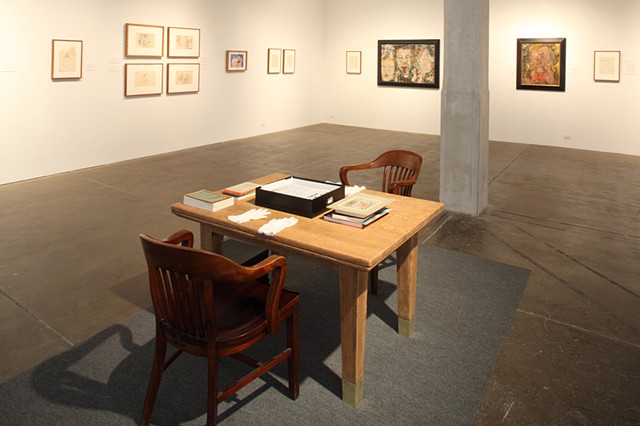 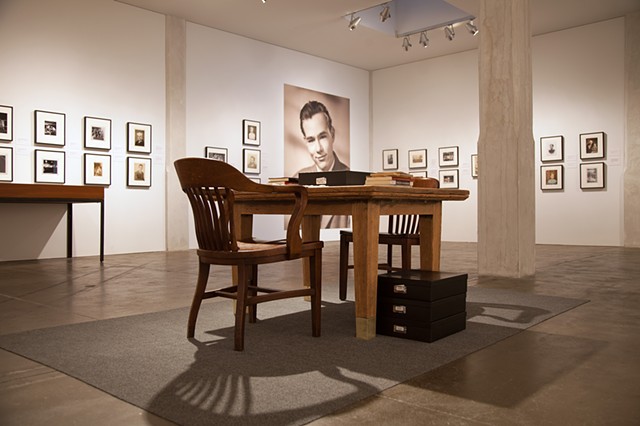 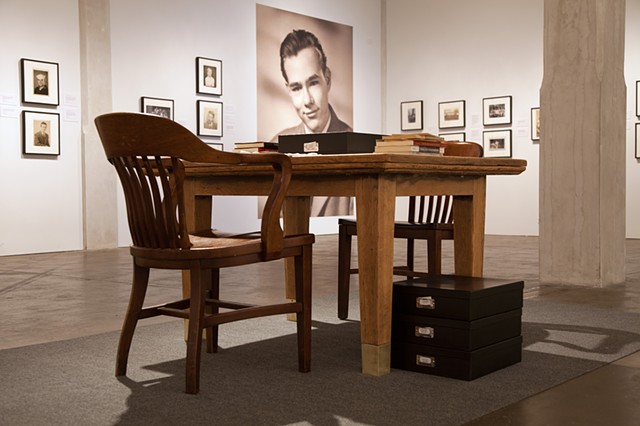 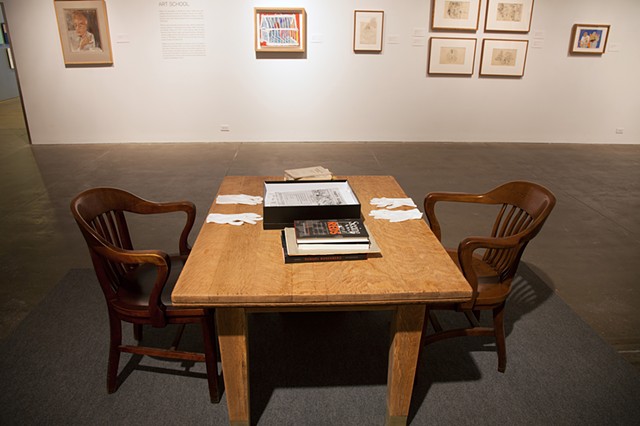 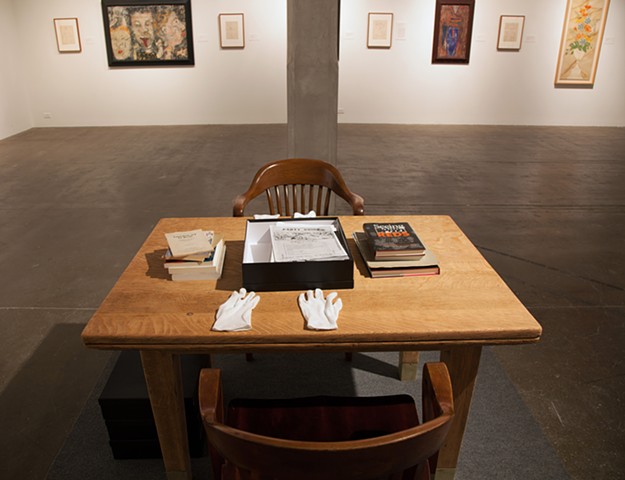 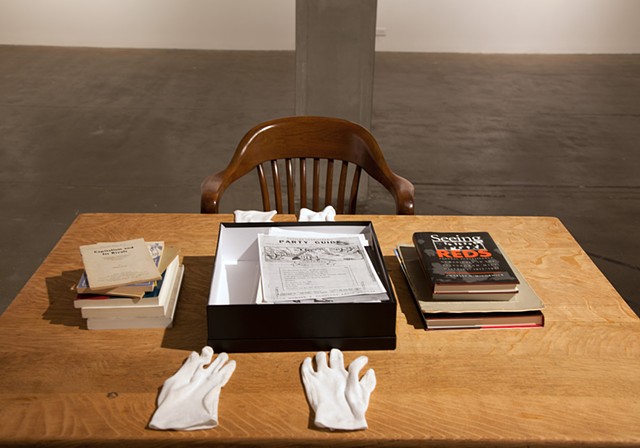 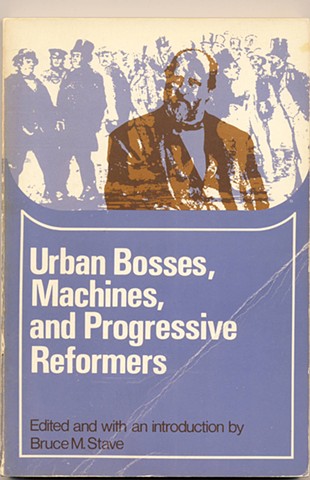 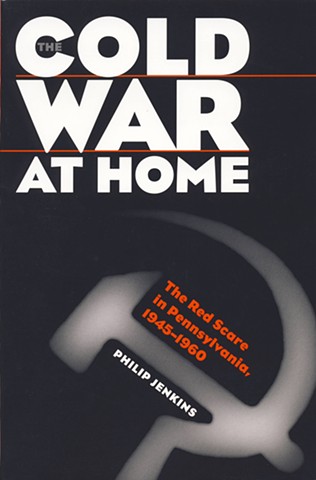 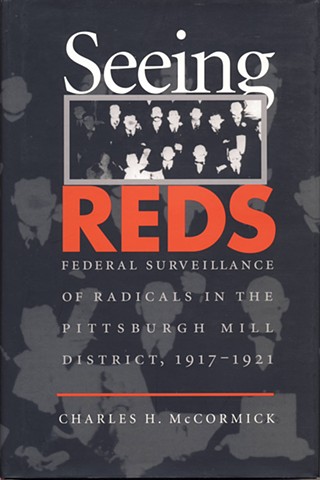 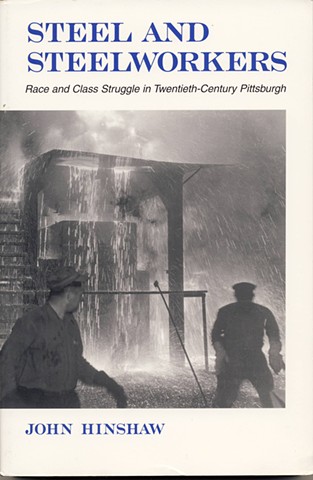 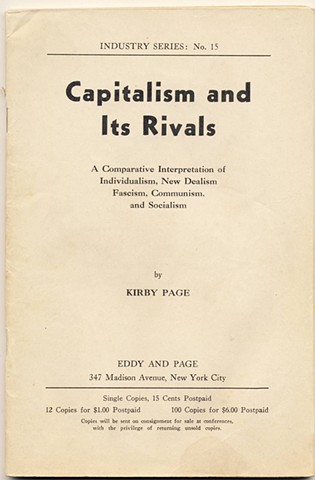 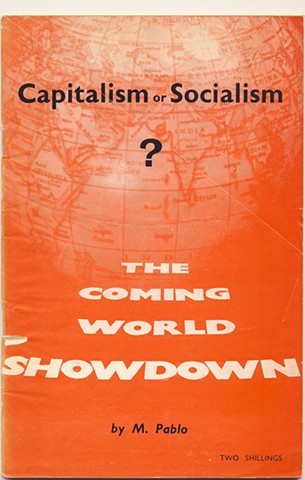 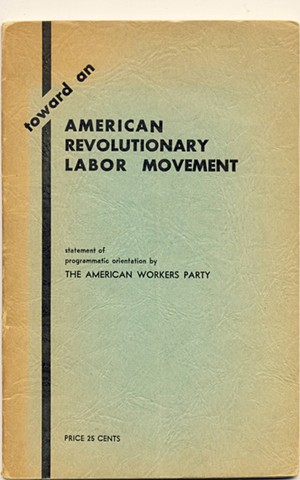 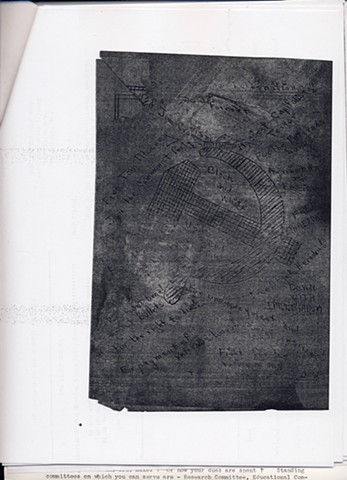 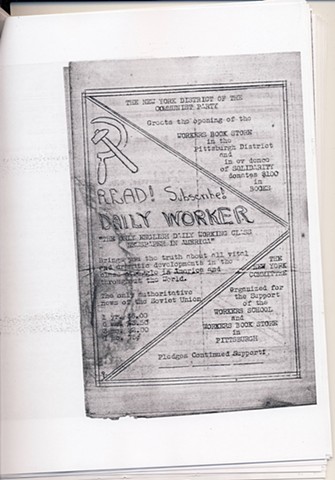 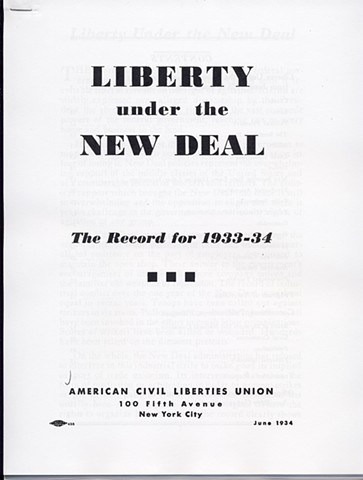 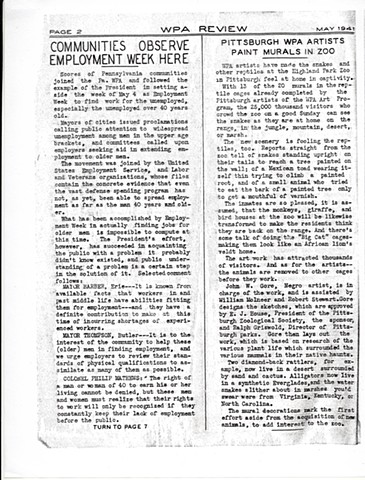 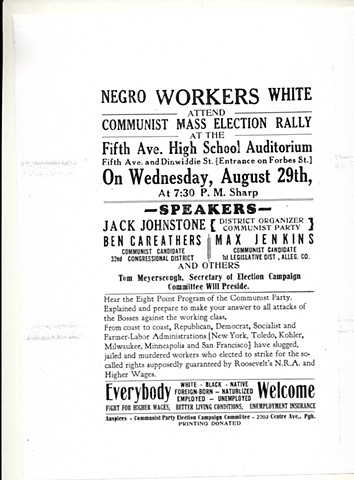 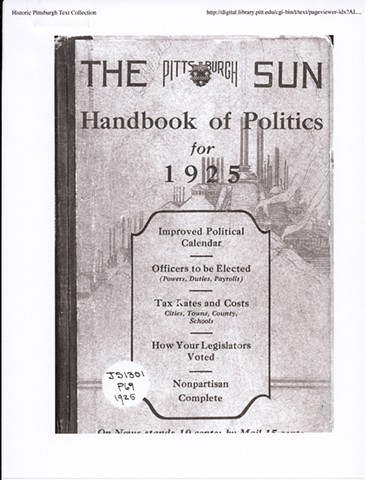 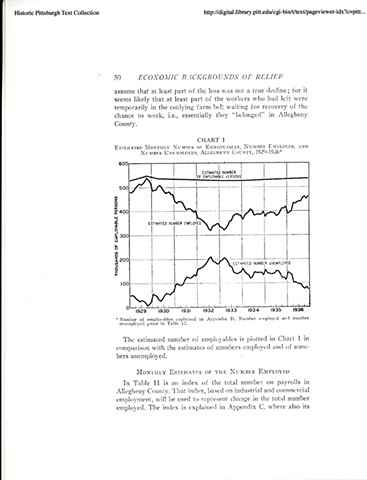 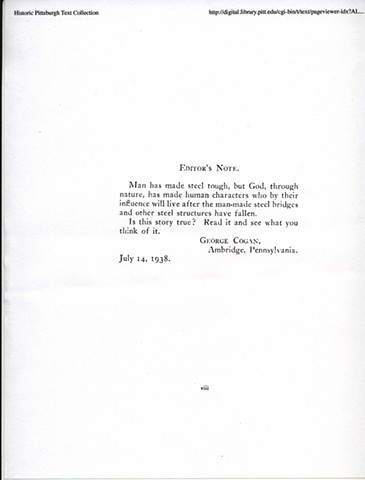 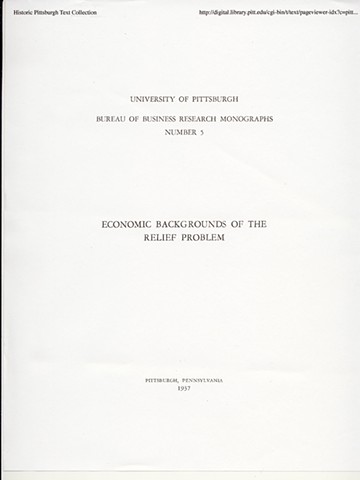 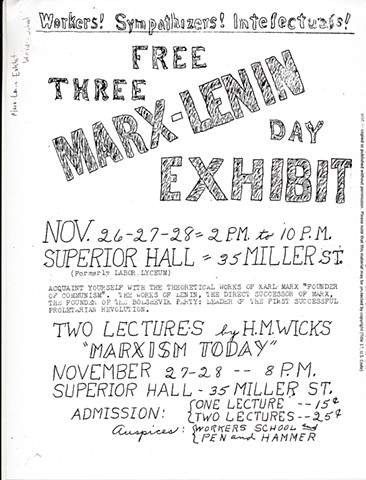 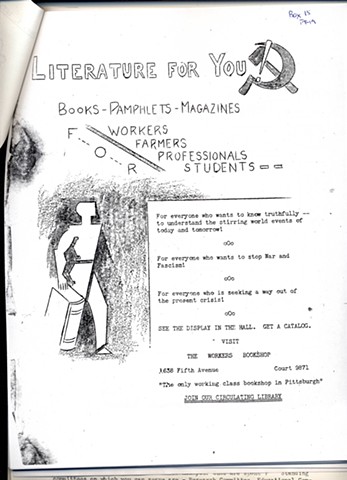 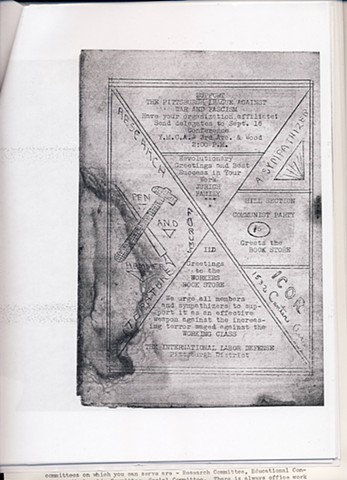 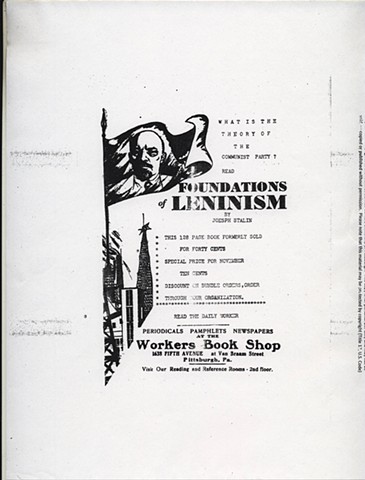 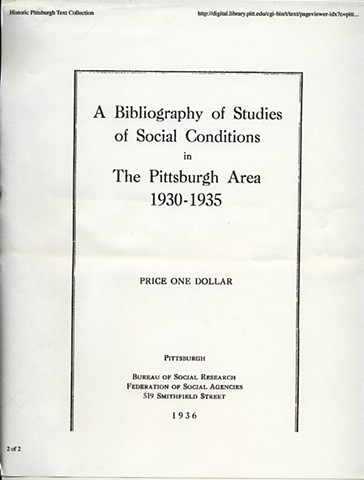 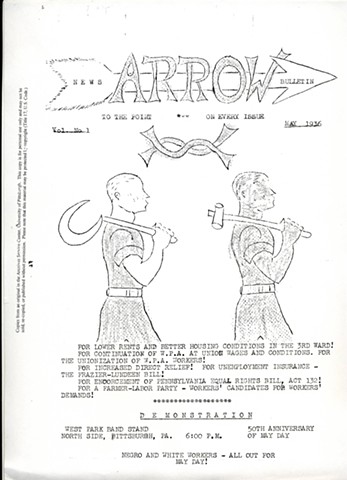 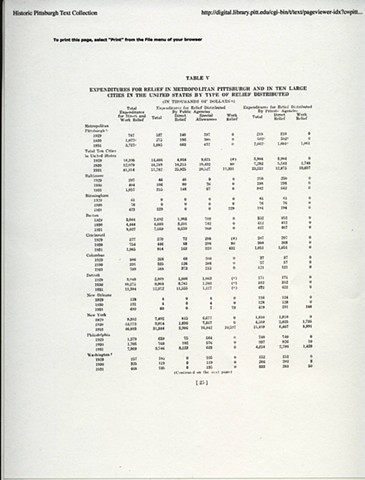