In “Leniniana,” I revisit the tradition of representation of V.I. Lenin’s image in the 20th century Russian painting. The project focuses on artistic production between 1920s to 1960s in the USSR, ranging from Lenin’s representation in works associated with the historical Russian avant-garde such as Kliment Redko’s “Uprising” to such canonic Socialist Realist depictions as Aleksander Gerasimov’s “V.I. Lenin on the Tribune” and Isaak Brodski’s “Lenin in the Smolny.” For the purpose of this project, I see all these works, their rhetoric notwithstanding, as part of an expanded tradition of “Leniniana” in Soviet art.

In this series of oil paintings, historical Soviet “Leniniana” paintings from the 1920-1960s are meticulously reproduced with the exception of their key elements -- Lenin’s figure. The image of Lenin is removed from all the paintings, leaving a conceptual void. Visually, however, the space that Lenin’s figure used to occupy is filled in with reconstructed background imagery that Lenin’s figure was “blocking” in the original paintings.

Choosing “Leniniana” paintings for this series, I attempted to pick the most iconic representations of Lenin, which were often reproduced in Soviet media and publications, and which became an integral part of the Soviet collective memory. Procedurally, however, in selecting paintings I was relying first of all on my personal, as a former Soviet subject myself, memories of Lenin’s image in the late Soviet cultural landscape.

The effacement of Lenin from these historical Soviet paintings -- is a critique of the historical amnesia and erasure of Lenin’s legacy from the post-Soviet collective memory. The repression and denial of Lenin’s legacy in the post-Soviet space is visualized here through the removal of focal points of these paintings and in so doing upsetting their compositional wholeness.

This project is a post-Soviet “Leniniana,” a “Leniniana” of denial and repression, which questions Lenin’s place in the Russian historical narrative as well as the place of the legacy of the Russian Revolution in that narrative today in general. This project presents Lenin as a silenced figure of the post-Soviet era. The project suggests that only through return of this figure (as any other repressed historical figure) from the repressed of our collective memory, can the narrative of Russian history regain its wholeness. 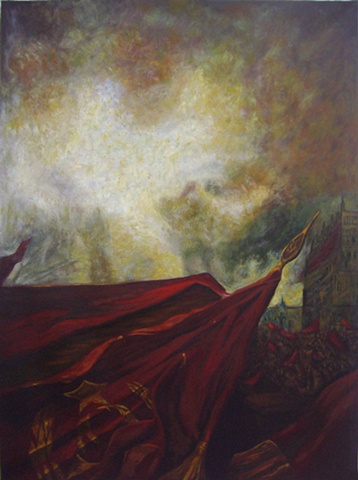 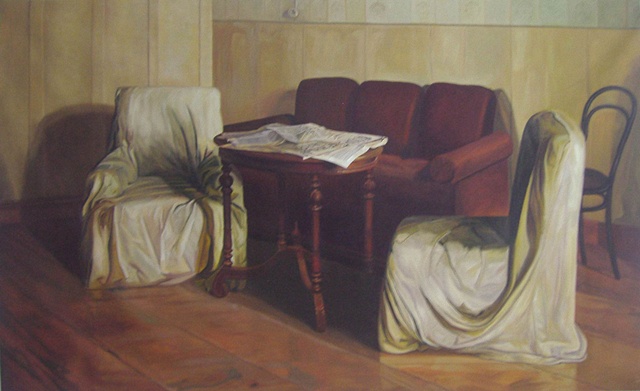 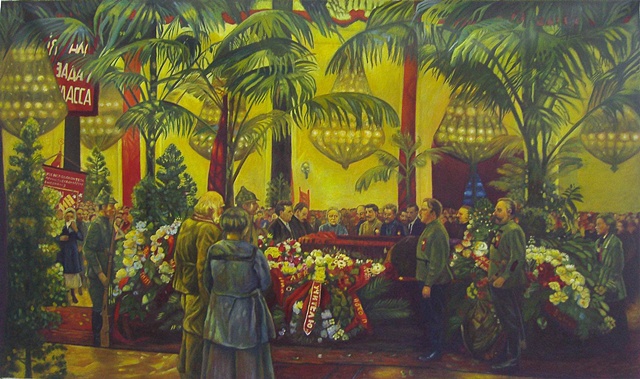 Leniniana no. 3, after Isaak Brodski, “At the Coffin of the Leader”
oil on canvas
43x72" 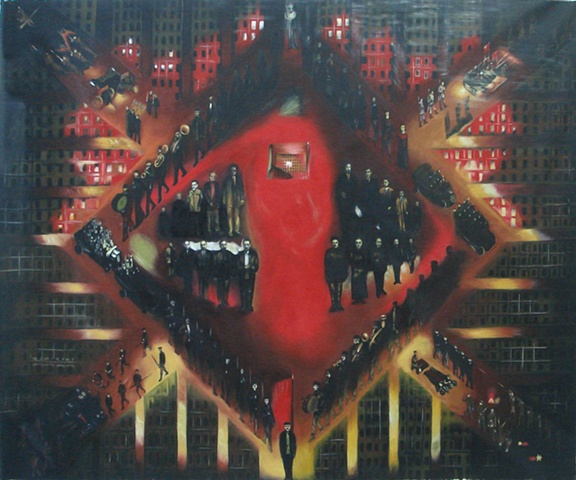 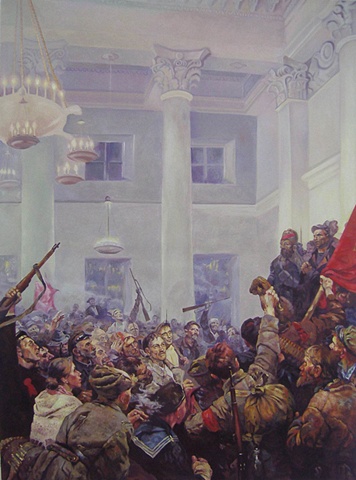 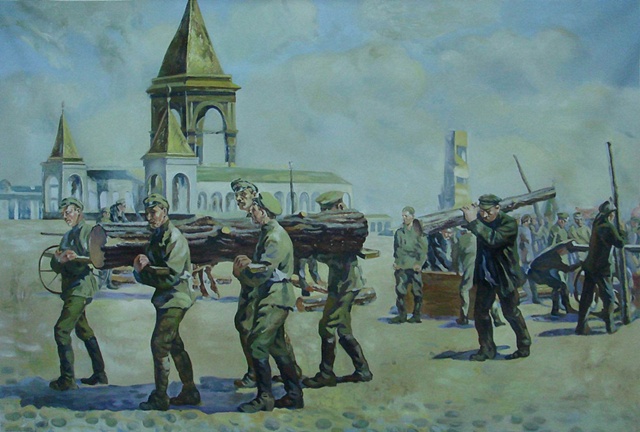 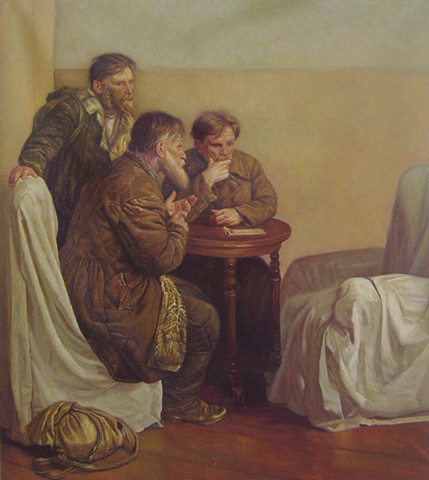 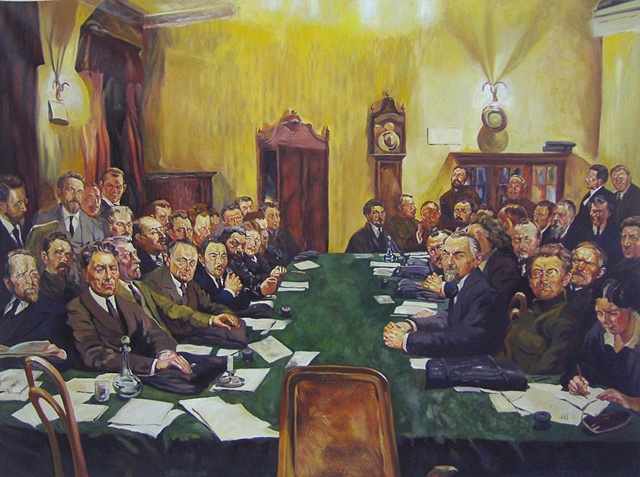 Leniniana no. 8, after Dmitriy Kardovsky, “ Meeting of the People’s Commissariat with V.I. Lenin at the Head”
oil on canvas
53 x 72" 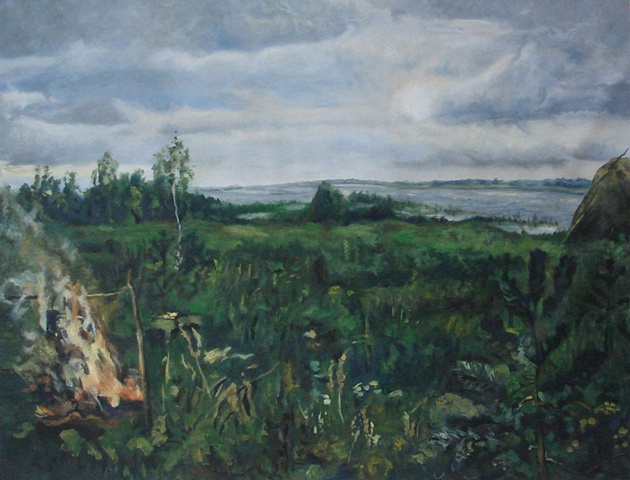