This project is a series of portraits of members of the American Cold War Veterans Association, a non-government association of American servicemen and women who served in the US Army and the US Navy between 1945 and 1991. Members of the Association identify as victors and veterans of the “Cold War.”

The goal of the Association is to seek equal status and recognition of Cold War veterans in rights and benefits with veterans of other US wars, including WW2, Korean, and Vietnam Wars. In addition, the organization also seeks for all Cold War veterans to receive an official governmental Cold War Victory medal. To date, the American Cold War Veterans Association remains a marginal organization that operates as a grassroots initiative without any support from the government or the Pentagon. The Association has several dozen members nation-wide, none of whom are high-ranking US Army or Navy officers.

In May 2008, I attended a National Conference of the American Cold War Association in Washington, DC, where I met, interviewed and made sketches and photographs of members of the Association. Upon my return to New York, I painted their portraits based on sketches and photographs that I brought with me from DC. This project mirrors my earlier series entitled, “Communist Party USA,” which was also a series of portraits featuring current members of the American Communist Party.

This project utilizes a traditional formula of war veteran portraiture, who is usually depicted against a national flag and wearing attributes of military service (i.e. military medals and other type of decoration). Traditionally, portraiture of veterans documents and personifies history and pays honor and respect to its subjects. The “problem” of these portraits is that the subjects are veterans of the war that never took place -- for the Cold War was mainly a war of propaganda and the media. In the case of my portraits of American Cold War veterans, there is a tension between the genre of the “portrait of a veteran” and the fictitious nature of the war in question.

American Cold War Veterans today appear no less marginal than members of the American Communists Party, USA -- both groups are left behind by the mainstream narrative of American society. My subjects, the living and breathing remnants of the Cold War, are also subjects of the history that their own government wants to forget. However, their bodies and faces conveyed in the oil paintings express not only the real history of the Cold War narrative that is devoid of media and propaganda, but also the bare reality of human experience.

If the Cold War was really a war in media and propaganda, what should we do with these veterans? If the Cold War was a fiction, who are these people? Does the existence of Cold War veterans prove that the Cold War really happened? What does it tell us about American society if it marginalized American Communists and American Cold War Veterans indiscriminately, blurring the difference between them today in 2009? 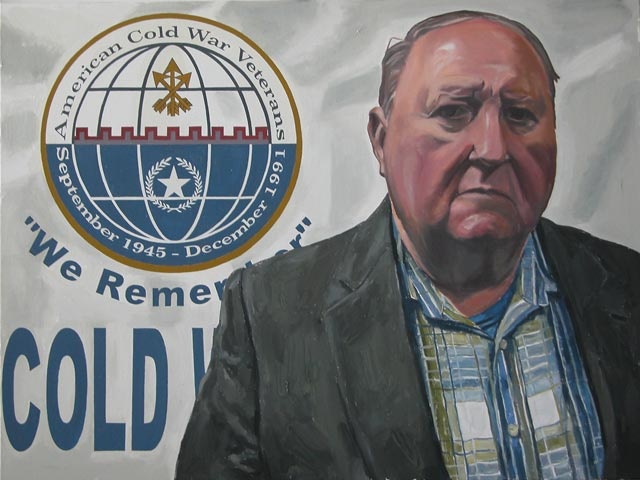 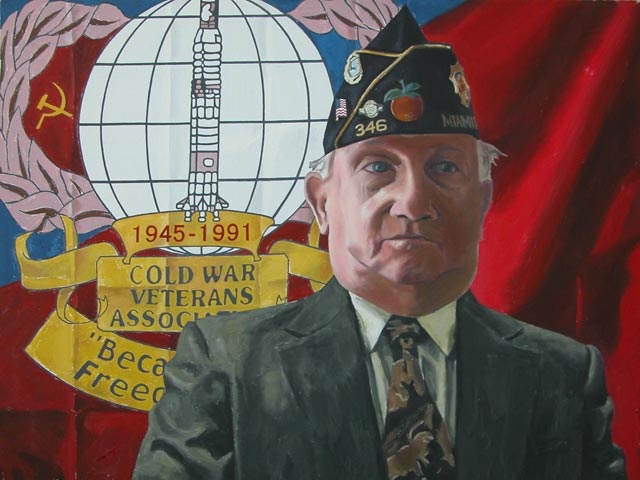 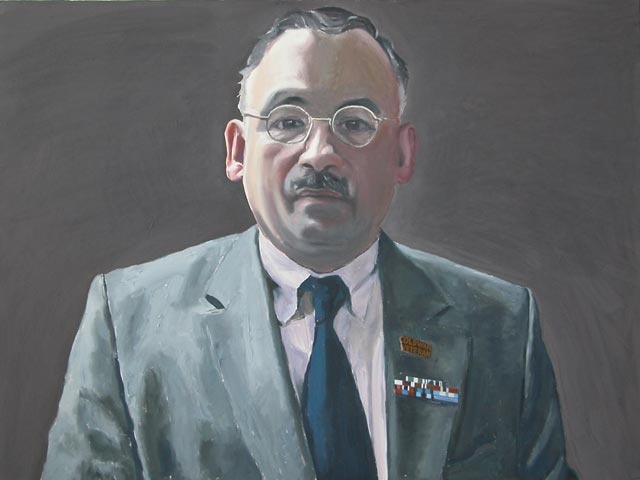 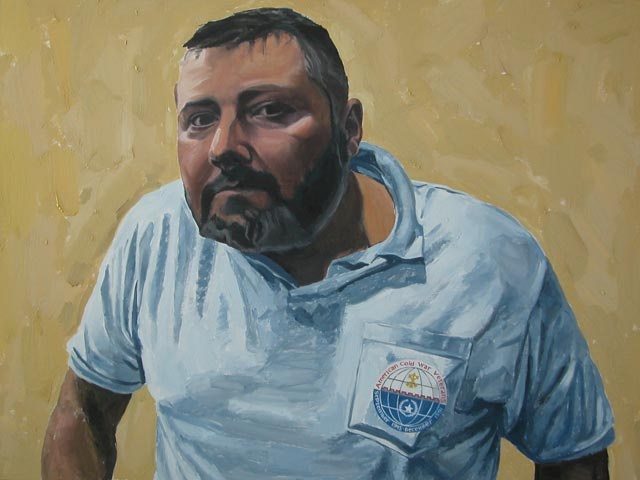 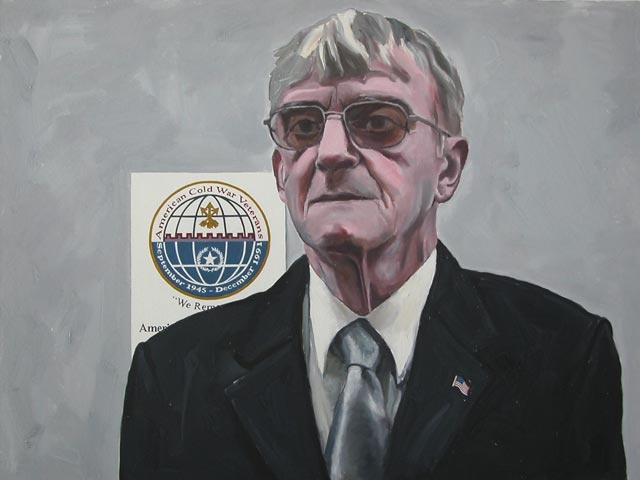 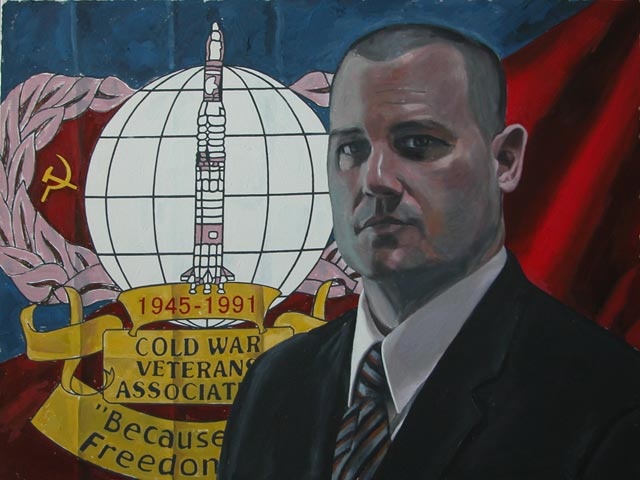 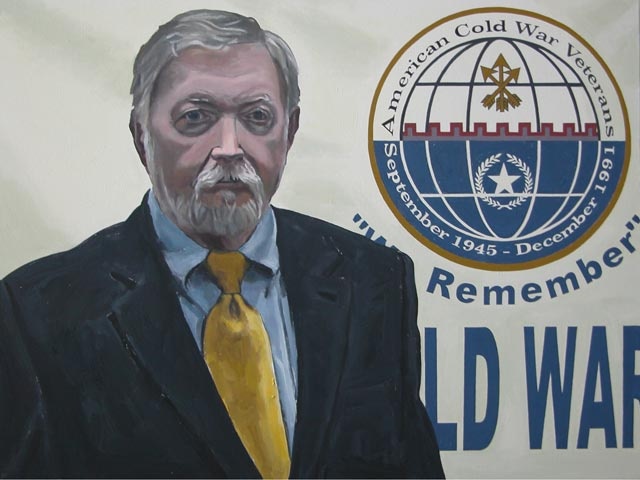 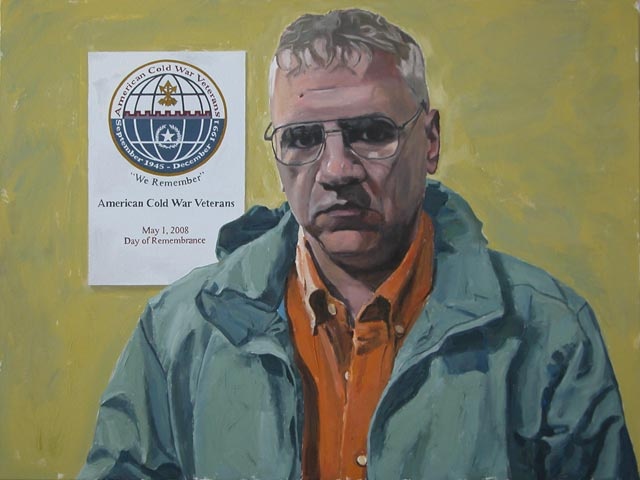 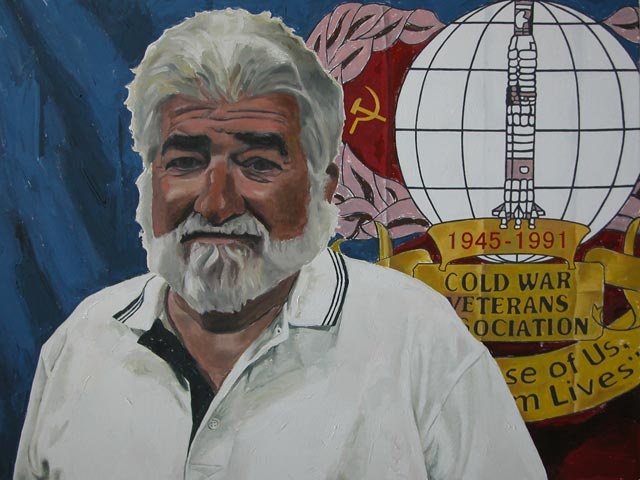