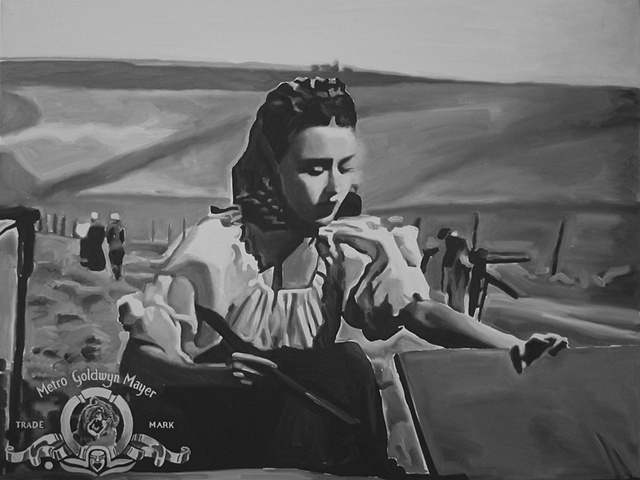 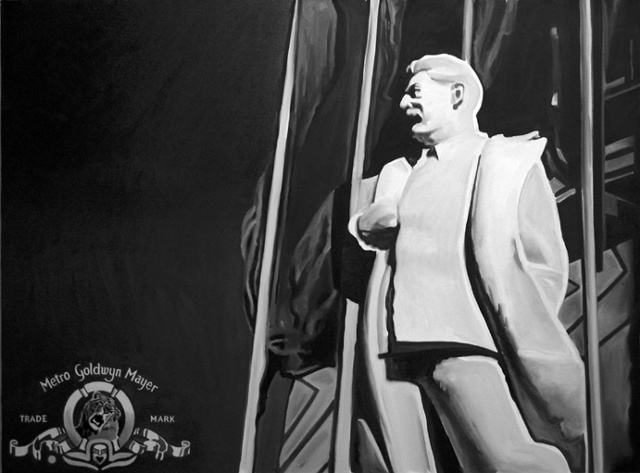 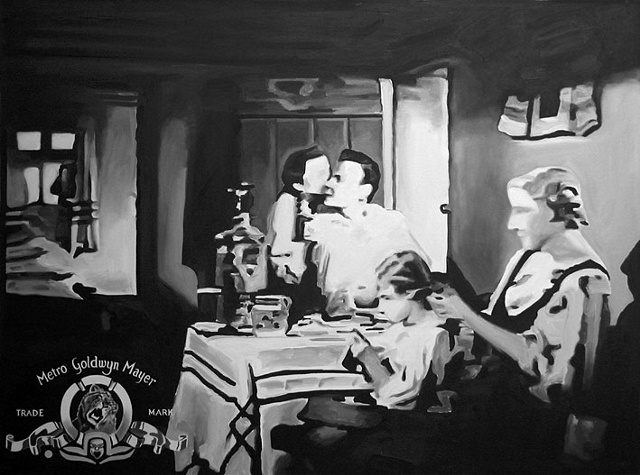 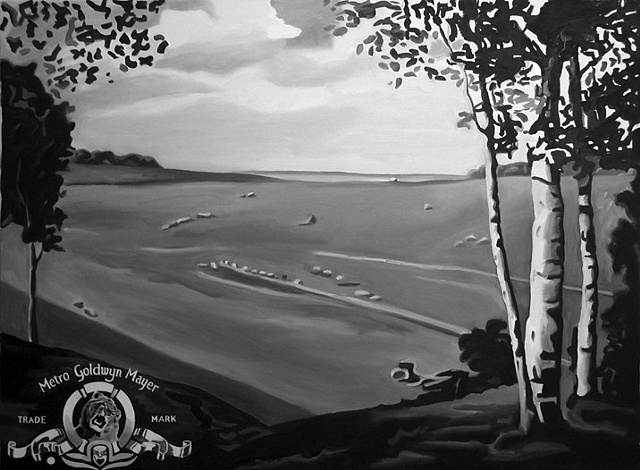 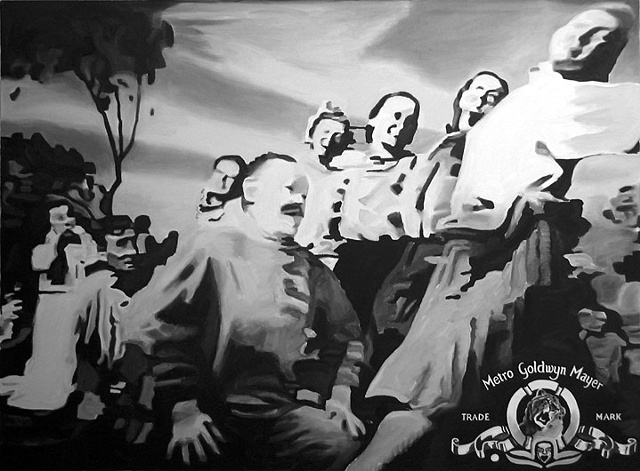 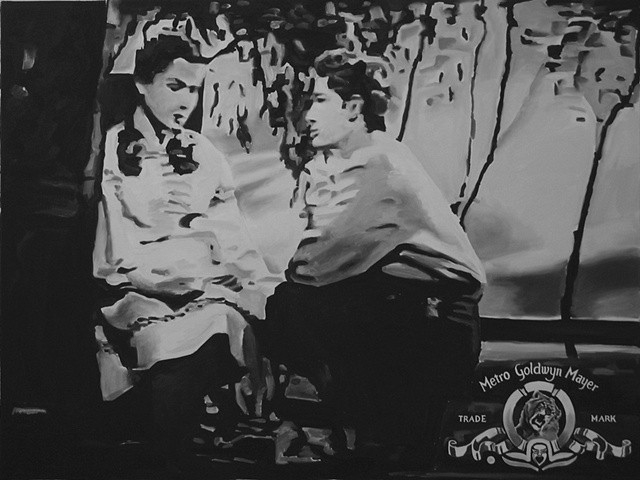 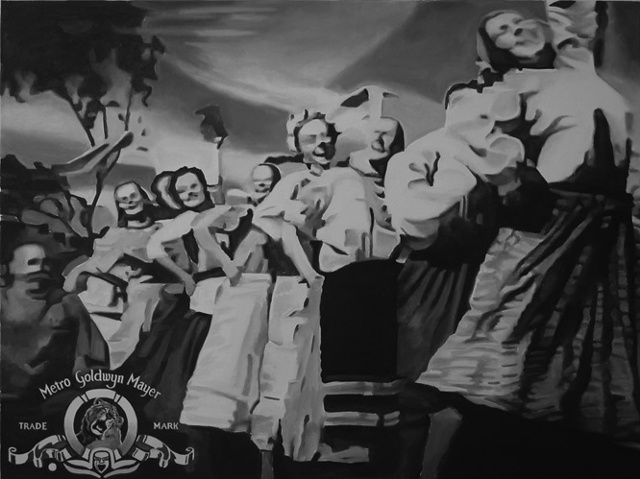 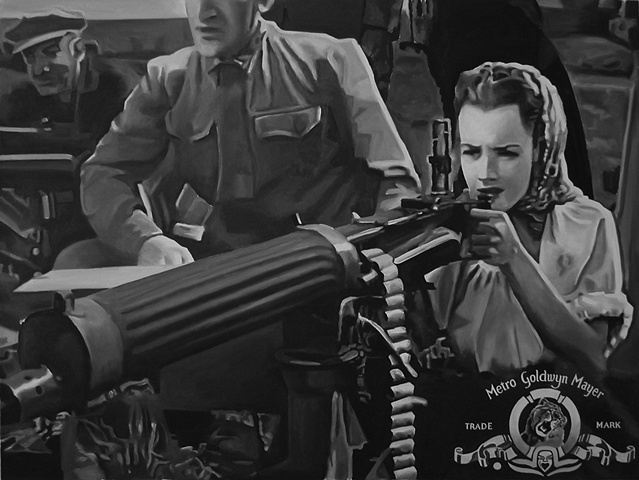 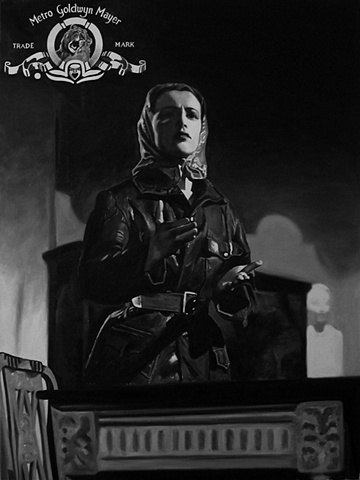 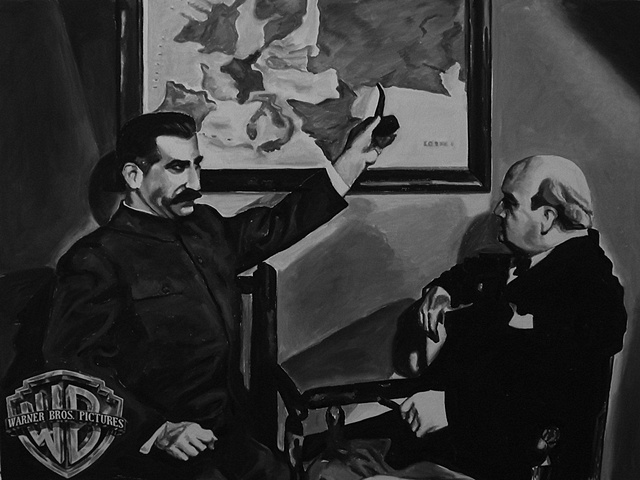 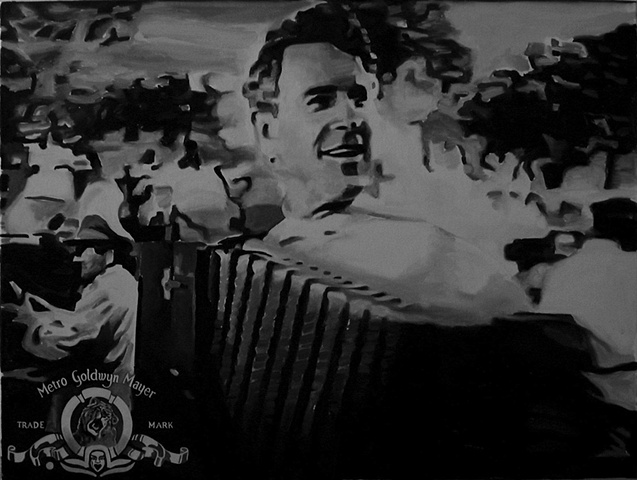 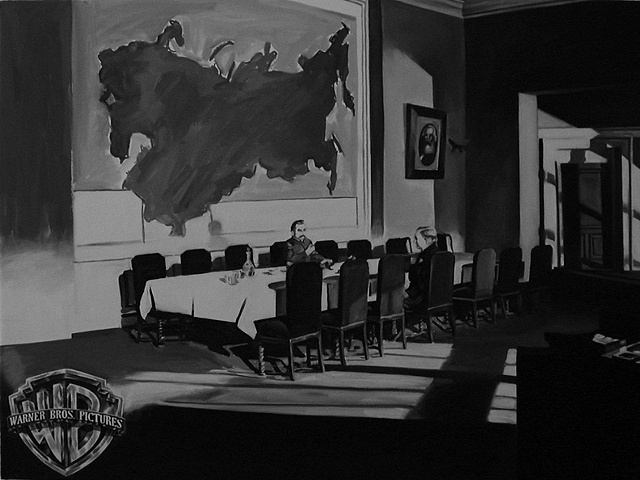 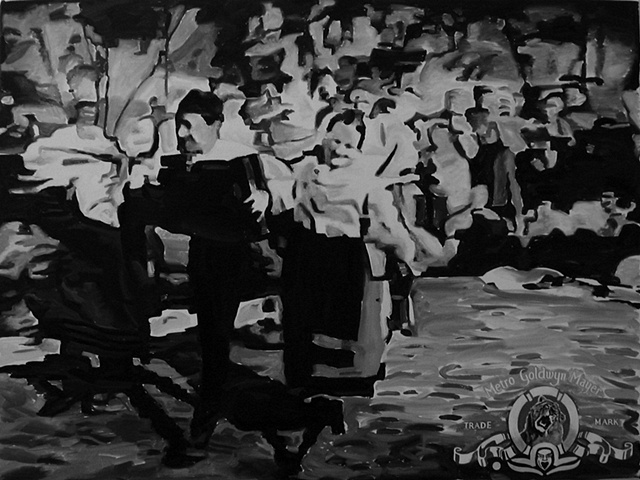 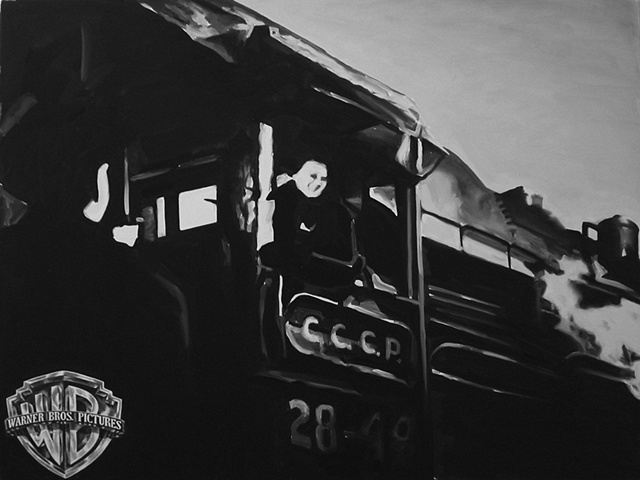 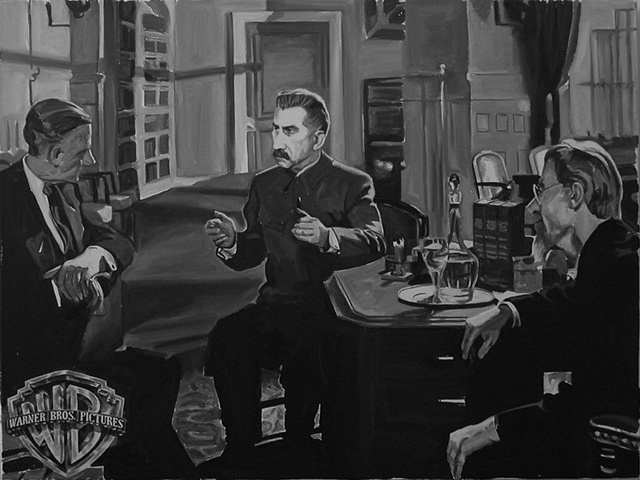 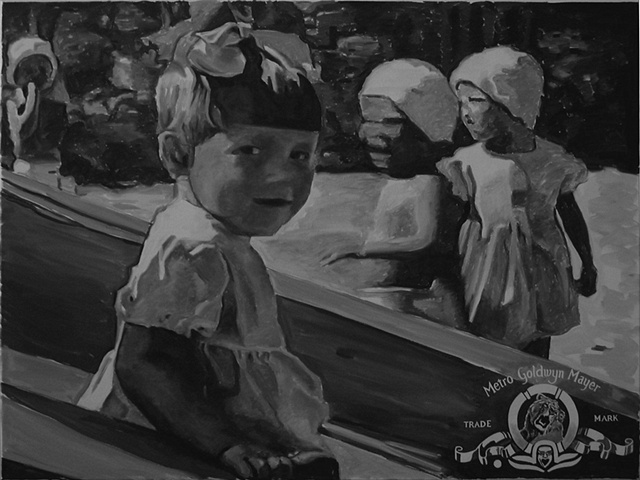 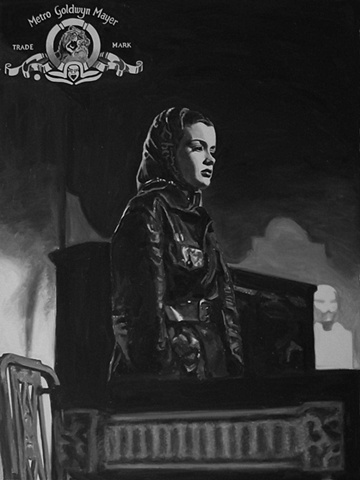 This series of oil paintings is based on imagery borrowed from Hollywood films about Russia made in 1943-1944 at the behest of President Franklin D. Roosevelt in order to garner more support for the Soviet Union during WWII, and to change the opinion of the American public toward the USSR. Films "North Star" and "Song of Russia" (both by Metro-Goldwyn-Mayer) and "Mission to Moscow" (Warner Brothers) were essentially pro-Soviet propaganda produced in Hollywood that presented Stalin's Russia in a very favorable light. All three films completely matched both the aesthetics and rhetoric of Stalin's Socialist Realism of the 1930s and '40s. These were essentially Socialist Realist motion pictures -- both in terms of form and content -- and yet, produced in Hollywood and sanctioned by F.D.R. himself.

What makes these films unique is that they were produced in the USA during the Second World War, that is between the anti-Soviet hysteria that followed the October Revolution and the "Cold War" era. These films were made possible only during 1943-1944 when the goals of the American and Soviet propaganda machines coincided. The project "Song of Russia" reflects this forgotten chapter of the history of American cinema and narrates about the artificiality of the process of enemy construction.

What makes these films even more interesting is that after WWII, during McCarthyism and the "witch hunt", it's precisely these films that became the focus of the hearings of the Committee on anti-American activity and communist infiltration in Hollywood in the US Congress. As a consequence, many of the creators of these films were blacklisted for they couldn't prove direct orders of the Roosevelt administration to produce these films.