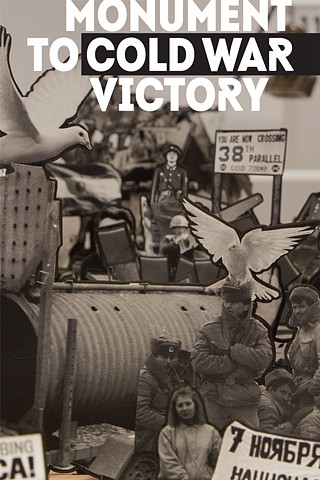 Monument to Cold War Victory
next >

Edited by Yevgeniy Fiks and Stamatina Gregory. The Cold War lasted forty-six years, and—ostensibly—the West won. But where are the Cold War monuments? For nearly three decades, public signifiers of the Cold War, such as the Berlin Wall and Soviet monuments, have been framed in terms of destruction or kitsch. A monument created at the moment of its own demolition, the Wall encapsulated the continuing geopolitical imagination of the conflict as linear, binary, and terminal: the culmination of a now-historicized narrative of competing empires. But while the impact of half a century of sustained ideological conflict still reverberates through all forms of public and private experience—from Middle Eastern geographies of containment to the narrative structures of Hollywood to the suddenly reemerging (and still unfolding) conflict between Russia and the West—the Cold War has yet to be acknowledged through a public and monumental work of art.