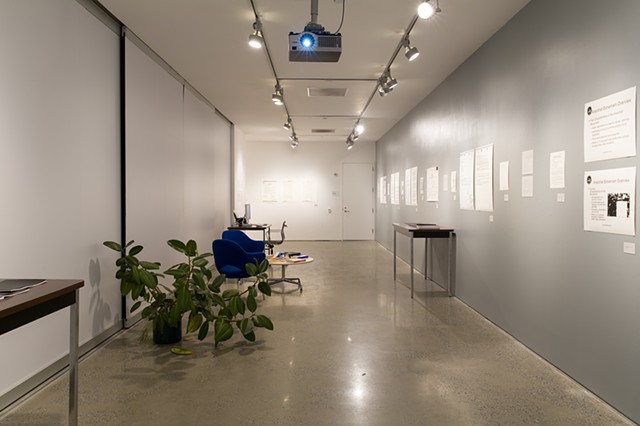 Dolsy and Kant Smith identify the enduring legacy - the “victory” - of the Cold War in the submission of populations to their surveillance by nation-states and other entities: a trend that has only intensified in the decade since 9/11, with the burgeoning of a surveillance industry targeting “threats” to national security. Assisted by new technologies, the surveillance industry—an increasingly large portion of which comprises non-state actors, i.e., corporations—is rapidly amassing data on a scale without historical precedent, creating a vast “live” archive of the daily activities and expressions of citizens and non-citizens alike.

In the form of the Clandestine Reading Room—a mobile library and cultural center—the artists propose a living counter-memorial to this legacy of the Cold War. The Reading Room testifies to the history of state surveillance, providing access to databases of declassified documents. Being mobile, the Reading Room is a memorial without a fixed site, able to “install itself” where needed. Traveling to cities and towns around the United States, it transcends the geographic constraints of a traditional monument, and serves as a site at which to interrogate the methods and motives of the surveillance industry, and to imagine collective responses.