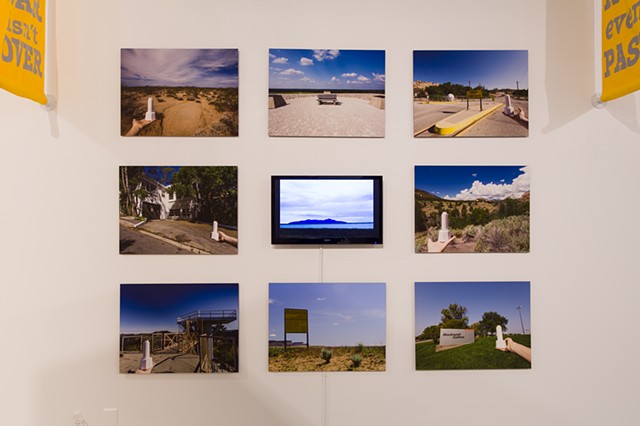 Residues of the Cold War linger in many ways, most literally as massive contamination from the production, maintenance, and disposal of Cold War-era nuclear weapons. This toxicity cannot be visibly detected: military sites are scattered and often remote, and the burden of hazard falls heavily on poor and marginalized communities. In response, the National TLC Service has begun to hold a series of public design charrettes, assembling people affected by nuclear militarism to identify lesser-known, regional Cold War geographies and document existing efforts to address environmental justice, labor, and human rights issues.

These sites (a number of which are visible here, along with video nominations from TLC “field agents”) will become points of interest along the National Cold War Monuments and Environmental Heritage Trail, a designation similar to existing trails defined by the National Park Service. Additionally, a large, physical monument will consist of a pile of 17,287 bronze forms cast from nuclear waste storage cask—a number based on the estimated size of the US nuclear arsenal at the fall of the Soviet Union in 1991. As trail sites are identified, cask forms will be removed from the pile and installed as trail markers until the number of casks in the pile equals the number of weapons in the US arsenal (currently 5,113). Rather than encapsulating the history of the Cold War in a single site, the Trail commemorates it as geographically dispersed but physically present, temporally uncertain, and still open to debate. By pegging the expansion of the trail to the de-commissioning of the atomic arsenal, the monument suggests that it is only through a continued process of demilitarization that a thorough accounting of the Cold War’s toxic debts can be made.